Here is a report from Winter Camp Director Gary Black. 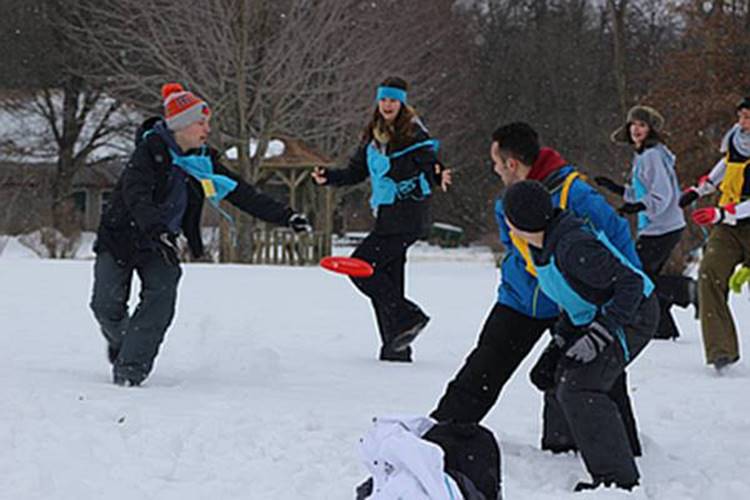 It’s a sunny 33 degrees as I write, and camp is off to a good start. We have 74 campers and 44 staff. This is the largest number of campers we’ve had since 2009, and we are above our 22-year historical average.

Between Sunday and Monday the temperature rose to 42 degrees, and we had almost a half-inch of rain. The snow had been quite deep, with two good snowfalls before camp, but we lost some due to the rain. We still have several inches, which we’re happy about.

The field where we play broomball is frozen, and we have enough snow and ice for tubing as well. But the ice on the pond is not yet thick enough for ice skating. Perhaps it will be soon. 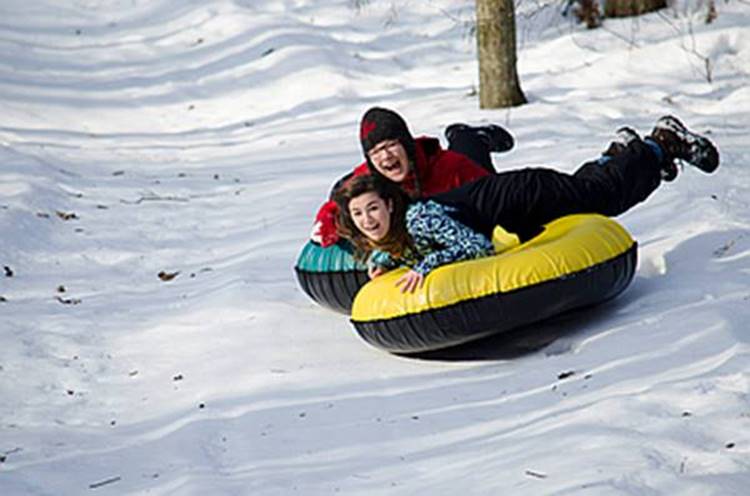 We have a new human foosball court, and another new activity called “9 Square in the Air.” We also added “You Be the Judge,” where campers are presented with several scenarios and are charged with judging them based on God’s statutes and judgments.

There are only a few with colds, so it’s a fairly healthy camp so far. There have been a couple of falls due to very slippery conditions in places (caused by the rain). Both individuals were checked at the local clinic and are fine.

After today the temperatures should remain below freezing. Quinzhees are now being built for winter camping tonight and tomorrow night.

Thank you for your prayers for the safety and success of the camp. I’m including a couple of pictures below so you can see our snow!